Academia: First Class of the New Semester This Afternoon

Actually, the first class of the Ostrom Seminar was last week, but I was unable to be there. My flight home from a wedding on the East Coast was canceled because of the remnants of Hurricane Henri. Fortunately, I had enough advance notice to get a colleague to substitute. In my view, it was probably an upgrade for the students. In any case, it's my turn today. My first class session of my 34th year of teaching, all but the first four years at IU. By the end of this school year, I will have completed 10 years here in Bloomington, after 20 years at the IU-McKinney School of Law in Indianapolis.

Today's topic: An Introduction to Different Schools of Public Choice and the Ostroms' Polycentric Turn

Political Theory: What Harari Gets Wrong about Liberalism

In Chapter 5 of his book, Homo Deus: A Brief History of Tomorrow (2017), Yuval N. Harari treats all modern -isms (Communism, Conservatism, as types of religions, defined as: "anything that confers super-human legitimacy on human social structures. It legitimizes human norms and values by arguing that they reflect super-human laws. Religion asserts that we humans are subject to a system of moral laws that we did not invent and that we cannot change.... Other religions, from Buddhism and Taoism to Nazism, Communism and Liberalism, argue that the super-human laws are natural laws and not the creation of this or that god. Of course, each believes in a different set of natural laws discovered by different seers and prophets, from Buddha and Lao Tze to Hitler and Lenin."

He might (or might not) be right about the others, but what he writes is decidedly untrue of small-l liberalism. Liberalism emerged, with science, from the Enlightenment, as a challenge to the cruelties of imposed dogmas, both earthly and sacred. Only a few schools of thought (e.g., libertarianism) within the large tent known as liberalism, have sought to replace the old dogmas with new ones designed to promote some teleology (in the case of libertarianism, maximal individual liberty). Libertarians believe in natural law; many other liberals do not. Thus, natural law cannot be taken as a necessary tenet of liberalism, as Harari casually surmises. Liberalism has no teleology - no goal, purpose or end for which humans should strive. It has no unique story of the "good life." Indeed, liberalism is defined in large measure by its refusal to tell people how they should live. To promote a unique story of the "good life" would be counter-liberal or illiberal.

Liberals strongly disagree among themselves about the respective roles of public- and private-ordering in society. Progressive Liberals, such as John Dewey and John Rawls, believe the government should play a large role in countering the inequities of private markets. Conservative Liberals, such as David Hume and F.A. Hayek, believe that governments should play as little a role in society as possible to minimize coercion of individuals. Still other Conservative Liberalism, like Edmund Burke, allowed a broader scope for government action, in accordance with a polity's history and culture. Moderate Liberals, like J.S. Mill and Karl Popper, tend to agree with Conservative Liberals that government failures are costly and that government coercion should be limited, but also agree with Progressive Liberals that government has an important role to play, for example in preventing majoritarian biases from disadvantaging minorities. As I wrote a couple of years back in an article in AEON with my friend and colleague Aurelian Craiutu, a society in which liberal rights are guaranteed only for some members cannot truly be said to be a liberal society. Moderate Liberals acknowledge the propensity for both market- and government-failures, and view public policies as experiments from which we might learn, over time, what works better (not necessarily best) for an "open" society. They can only ever be experiments because the humans who devise them, like the rest of us, are fallible. While a Conservative Liberal might conclude from this that we should not conduct such experiments, Moderate Liberals (let alone Progressives) are not so squeamish, on grounds that the status quo ante is not necessarily better, and failed policies can be replaced by better policies (as well as by no policy at all).

It is worth noting that in his list of "seers and prophets," Harari does mention any liberal thinker. Was it just an oversight? Or did Harari realize that it would have highly misleading to use those terms to describe Adam Smith or the other liberal thinkers I have named. None of these scholars purported to establish a socially-imposed moral dogma. All of them favored an "open" system of social order that did not impose on individuals one and only one acceptable way to live. Aside from a canonical form of the golden rule (e.g., "do not do unto others what you would not have them do unto you"), which exists in Mill's "no harm" principle, they were ecumenical about individual life choices.

Far from a religion, Liberalism stands for the absence of any form of super-human legitimacy for social order.

For those who don't know, ROON is far and away the best platform for streaming music from a local library as well as from services like TIDAL, Qobuz, and other online providers of hi-res streaming, for a single audio system or multiple systems throughout a home. It's user-friendly and offers lots of handy tools for organizing music and associated information.

Many hardware manufacturers (including ROON) make servers that can run ROON. But most of them are stupidly expensive, running into the thousands of dollars. However, ROON also offers downloads for running ROON on any Windows, Mac, or Linux computer. So, you don't need a dedicated server. That said, many people prefer to have ROON on a dedicated server, where it's not competing for RAM with lots of other programs. I'm in that camp. Fortunately, ROON offers a special version of its software, called "ROCK," which runs without any other underlying operating system. So, you can buy a mini pc to use with ROCK, which ends up being less than half the cost of buying a ready-made ROON server. And it does not require a degree in computer engineering.

For the past few years, I'd been running ROCK on an Intel NUC (7th generation i3) computer. But I've had some reliability issues with that unit, which also is a bit noisy because it has a small fan. For that reason, I've always kept it in a separate from from my listening room.

To solve those problems, I just purchased a new ZOTAC Z Box, C Series, with a 10th generation i3 chip (the same as ROON uses in its own Nucleus server). The new computer also uses the same SODIMM RAM boards as the NUC, so I just swapped them from the old computer. I installed a fresh download of ROON ROCK onto an internal 240gb SSD, a process that is a bit more complicated than swapping out hardware. First. you need to download ROCK software onto separate Windows/Mac/Linux computer, then flash the image from that software onto a USB drive. You boot up the new server from that USB drive, which sets up the internal SSD for running the software. The most complicated part is getting the BIOS settings in the new computer right. ROON's instructions don't accurately apply to the BIOS on every brand and type of computer/server, so you sometimes have to make some educated guesses on the settings. That process can take a bit of time.

Once I had ROON ROCK up and running on the ZOTAC, I plugged in an external SSD that contained my digital music library, and a LAN cable to access the home network I had previously set up. That network allows ROON to access all of the ROON-ready endpoints throughout the house, including various stereo components, TVs with Chromecast or Airplay, phones and tablets.

The ZOTAC has a reputation for running hot under heavy loads, but I anticipated no problems because ROON ROCK is not a heavy load, and it's the only OS on the computer. So, no multitasking and no game playing. Indeed, the small computer gets only a bit warm to the touch, less so than my Parasound JC2BP preamplifier (which doesn't get all that hot either). Because the ZOTAC does not have an internal slot for an M2 SSD, I don't have the option of putting both the operating system and the music library (which cannot be on the same drive) under the hood. But I've found it advantageous to keep the library on an external drive. It's easier to maintain, when necessary, by plugging it into another PC or MAC, as opposed to attaching a keyboard and screen to the Zotac, which doesn't require them for ordinary operation.

A ROON subscription is $120/year or $700 for a lifetime subscription. When I bought my lifetime subscription a few years ago, it was only $500. There is no extra charge for the software. The total cost of the hardware (computer, SSDs, and cables) was less than $700. Compare that price to the $1500 ROON Nucleus server, which runs the same Intel chipset, same amount of RAM, and the same software, plus a 1tb HDD (rather than an SSD).

Where Many of My Publications May Be Found (link embedded)

I've finally deleted (not just disabled) my FB account. For a long time, I've been staying on just to remain in touch with old friends, with whom I'd reconnected on the platform (it's greatest virtue). But I grew so sick and tired of the posturing, the virtue-signaling, gang-style rivalries, and clubbiness. And that's just my own posts! 😁  (OK, maybe I felt the same about others' posts as well.) As for the evilness of FB's management, that didn't factor much into my decision. After all, I still buy a lot of stuff from Amazon.

Having abandoned FB, I've decided to resuscitate this blog and repository page, in order to have an alternative venue on which to signal my dwindling intellectual capacity and lack of virtue.

New Album Release of the Week

I've been waiting for this LP to arrive for months. Bravo, the great Bobby Watson. 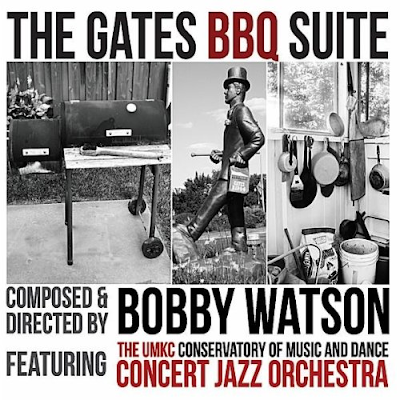